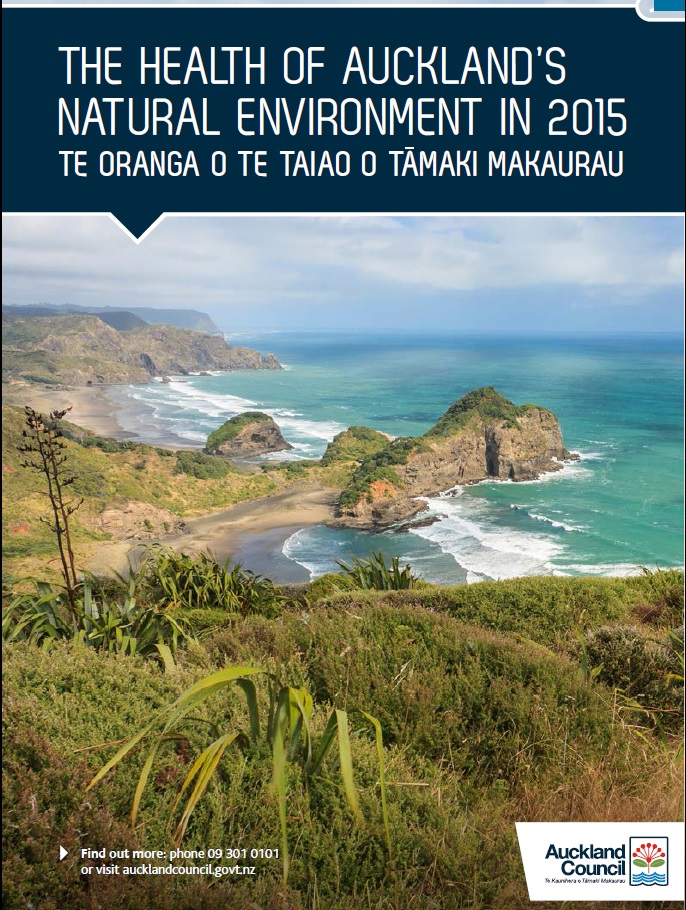 The Auckland Council state of the environment report 2015. Published, 8 October 2015.

The report shows that since the State of the Auckland Region report was released in 2010 (by Auckland Regional Council), there have been some mixed results. Air quality has improved regionally, and areas where biodiversity is being intensively managed are making good progress. However, environmental health in freshwater and marine environments continues to decline slowly due to sediment and contaminant inputs. The footprint of urban Auckland is also expanding.